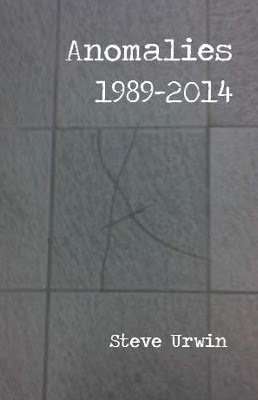 Anomalies is a 26-year retrospective which includes direct reproductions of poems and vignettes from magazines, alongside essays and flash fiction. None of it has previously been collected in book form.


Anomalies isn't 'published' in the conventional sense. No two 'copies' will be exactly the same - content varying slightly for each assembly.

The recipient's name will be printed on verso and dedication pages. 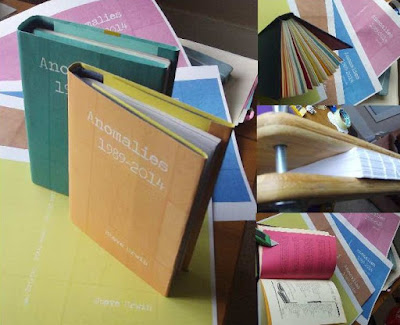 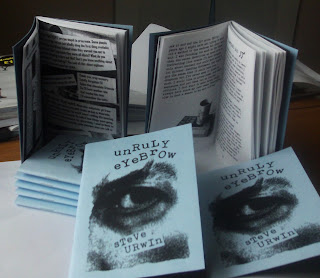 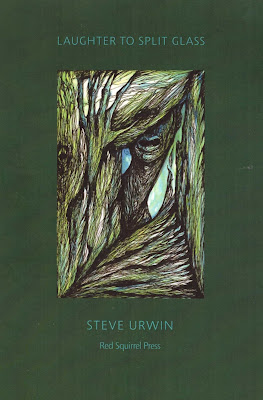 ‘Steve Urwin’s work has a winning combination of humour and deep, deep emotion; here are ordinary lives and ordinary places with all their extraordinary and multifaceted diversity. Poetry can be a map to live by, and Steve Urwin is an expert cartographer.’

‘With poems as energetic as their performer, this collection bursts off the page. These pieces are crammed together in the best way possible: this is lively, it’s loud, it’s wild, it’s tumultuous. Somehow, Steve has managed to publish a gig, but it’s so much more emotionally complex than that. Steve has real range. It really is quite a stand-out collection. This book matters.’ 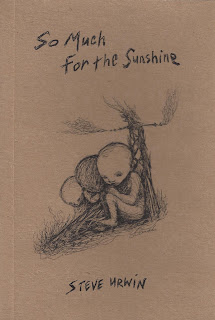 The above title is a standard edition. The original deluxe limited edition (sold out) of fifty handmade copies had parchment pages, heavy cardstock cover, dust jacket and hand-lettered slipcover. 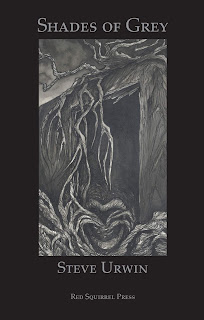 Shades of Grey is a brooding collection of prose vignettes, diary entries and nightmarish reveries from one of the most prolific spoken word artists in the North East. Cover art by Stephen J. Clark.

"Unrelenting, honest and told with great economy, this is a very fine collection indeed."
- DP, The Crack (Book of the Month, September 2009)

"Steve's poetry performances are filled with a frenetic, angry, joyful energy which pervades the pages of Hypomaniac.
"There are also beautiful moments of detached observation and hyper-realism here too. These poems speak to the 'obsessed, the depressed, the dispossessed' but they also speak to everyone interested in the states of mind that we sometimes own, and that sometimes own us.
'Thank your lucky stars for endurance' he says. I say, thank our lucky stars for someone who endures and writes this well about it."
- Kate Fox, BBC Radio 4 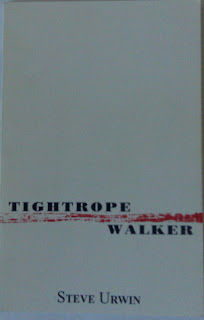 “Invisible struggles are documented with detached astonishment. There's the sense that expression is always on the edge of exhaustion yet some poignant bliss is suddenly found in the banal. The commonplace glows with a secret and fleeting wonder.”
- Anonymous 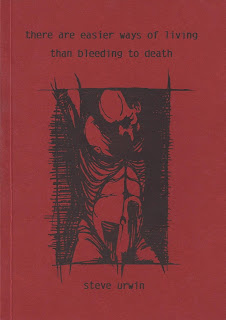 There Are Easier Ways of Living than Bleeding to Death
20th ANNIVERSARY 2012
HANDMADE TO ORDER
£7.00 plus £2.00 postage

“There Are Easier Ways of Living than Bleeding to Death” was written in 1991 and printed in a private edition of just 25 perfect bound copies in January 1992 by Griffin Print in my hometown of Consett. A few copies were bought by family and friends, some were placed in Newcastle Waterstones and Forbidden Planet and eventually sold, one or two gifted or borrowed and never returned and that was the end of it.

I followed up the book with a slim pamphlet “Reflecting Hurt” – then spent years writing poems that would become my first official full-length collection, “Tightrope Walker”, published by Redbeck Press in 2001.

Last year my girlfriend requested that I ‘knock up’ a copy of “…Easier Ways…” as a Christmas present to complete her collection of my titles and, being the ever dutiful partner, I happily obliged.

Raw and existential in outlook, and ever so slightly influenced by Henry Rollins and Charles Bukowski, the book was written whilst grinding myself down to the bone in a giftware distribution centre for a criminally low hourly rate. It contains forty-two pieces of free verse and three prose poems – including the untitled one often referred to as “i ran barefoot…” which has closed many of my readings over the years and was performed at two poetry slams that I won in 2011. A number of the pieces appeared in reputable small press magazines when the book was no longer available.

I have always resisted the temptation to reissue “…Easier Ways…” but recently I decided that if ever it should have a wider circulation than just over two dozen copies, then the twentieth anniversary of its original release would probably be the right time to gain a few more readers.

The reissue is assembled from reproductions of the sixty original master pages that were set in Prestige 1012 on a Brother AX140 electronic typewriter. Hand stitched, pink endpapers and bound with the red Stephen J. Clark illustrated cover from the initial print run.
This book is made to order. 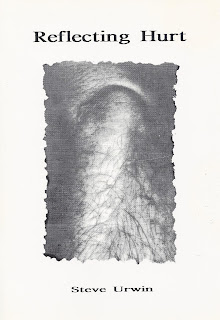 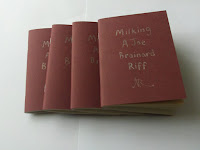 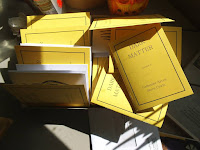 This is a double-header chapbook featuring prose poems and flash fiction alongside the poetry of Catherine Ayres. 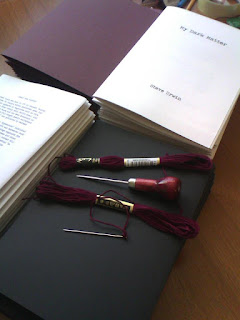